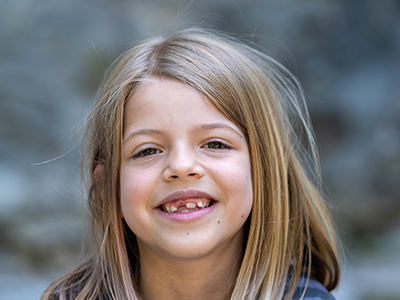 For many children losing teeth is an exciting rite of passage. Another xciting rite of passage is starting orthodontic treatment. And, a question we get from parents bringing in children for s first evaluation is whether or not they can even get started with all of their missing teeth. It’s common to wonder if your child is losing teeth at the right time, or too slowly, or even too quickly. These concerns are normal, and a reason why it’s good to get your child into the orthodontist starting at age seven. Orthodontists Dr. Laurie McNamara McClatchey and Dr. James A. McNamara at McNamara Orthodontics can answer all these questions and more and can start any treatment needed early enough to prevent major issues.

When Should Your Child Start to Lose Teeth?

Children typically begin to lose their baby teeth, or primary teeth, around the age of six. This process, known as exfoliation, starts with the teeth at the front of the mouth and then progresses to the back teeth. The process of exfoliation can take several years to complete, and some children may retain their primary teeth until they are twelve or thirteen years old. While the timing of exfoliation varies from child to child, it is typically considered to be a normal and healthy process.

Of course, every child is different, and these ages and average numbers may not prove exactly true in real life. Though your child may not follow this exact timing when they lose their teeth, the first visit to your orthodontist is ideal at age seven to make sure that the progression they are following is healthy and timely for their development.

Most children begin to get their molars around the age of six. However, there can be some variation, and some children may get their molars a little earlier or later. In general, the first molars to come in are the lower ones, followed by the upper ones. The second molars usually come in around the age of twelve. Again, there can be some variation, but this is generally the age range when molars begin to come in.

Early treatment orthodontics refers to the process of correcting dental and facial irregularities at an early age. The goal of early treatment is to minimize the need for more invasive and complex procedures later on. While every case is unique, there are some general principles that apply to all patients. First and foremost, early treatment is most effective when initiated as early as possible. During the early years, the bones and tissues are more pliable and easier to adjust. Additionally, early treatment can help to prevent further problems from developing. By correcting dental and/or facial irregularities at an early age, patients can avoid more serious issues down the road. Treatment should ideally start at age seven.

The Science of Tooth Movement

Though many of our patients don’t want to hear this, teeth move very slowly. For an orthodontist to safely move your teeth and  have a long lasting healthy bite as a result, the movement has to happen slowly. Tooth movement is a combination between bone cells called osteoclasts breaking down bone matter in the direction the tooth is set to move in and osteoblasts filling in bone matter behind the tooth as it moves. The tooth moves about a millimeter a month during treatment, which seems like a small distance, but it is the best place to maintain health.